It had been 10 years since my last trip to Paris even though I’m from the country next door. A part of the explanation is that I lived abroad for a couple of years and sometimes not even in Europe. Secondly, I lost my interest for Paris somehow. I remembered the city was full of tourists, grey and a bit sad.

Fortunately over the years spent abroad, I met so many Parisians and foreigners studying in Paris. It helped Paris to get close to the top of my travel bucket list. Plus, moving back to Brussels last September clearly made things easier. But as I said, it was not on the top of my list: Berlin and Amsterdam were. Then, I spent a weekend visiting a friend in Rome (and eating my favourite food) and had a weekend gateway in Dublin.

Recently, I was not so enthusiastic about spending a full weekend in Brussels and when I saw bus tickets for 30 Euros to Paris, I directly bought them (well as soon as my friend confirmed I could stay with her).

I finally made it to Paris at the beginning of May 2018 and I already want to go back there. I must say that I was lucky: the weekend was sunny and the weather was 28 degrees.

I took my bus at 7.30am at the stop from Brussels Zuid and arrived in Paris Bercy at noon. It was quite a long ride and we lost one hour in the traffic jam to get into the city. Even though it was long, the price difference between a last minute bus ticket and a last minute train ticket was worth it.

As soon as I arrived, I took the metro to go to my friend’s house. I met her boyfriend and her cat. The last one warmly welcomed me with a scratch on my hand (hell yeah). After catching up, reminiscing the time we studied in Milan, and drinking a chai tea (a true love story since my trip to Nepal), we went to Montsouris, a park close to her house. It was mainly about eating food and playing with the slack line her friends brought.

Afterward, we rented two bikes and went biking along the Seine, had a drink next to the river and I got some yummy falafels in the Marais.

Paris made me so happy and it felt like a summer day (I mean those summer days when you are still a student and you have two months of holidays –  Aaah I miss this time even though I’m ALWAYS abroad now). 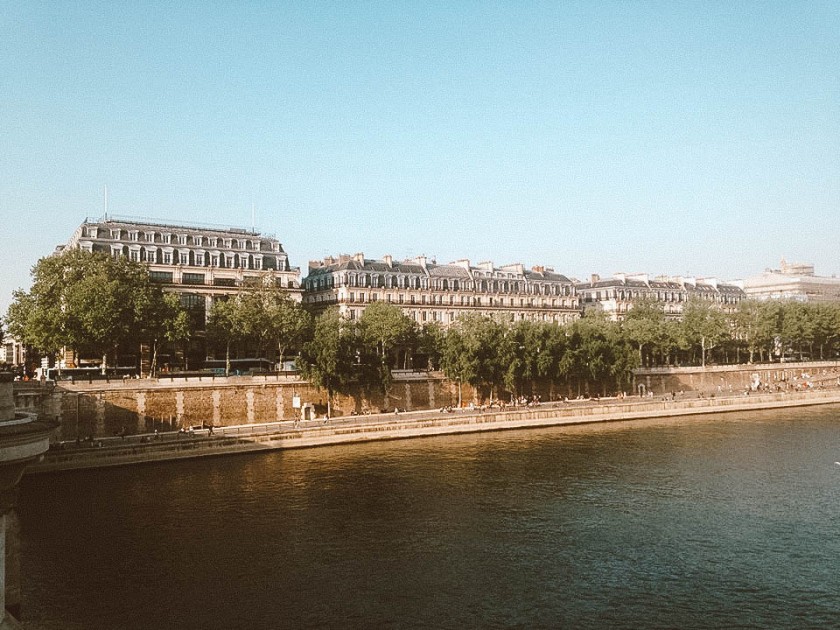 I woke up at 11am which is so unlike me but we went to bed late and her asshole cat just walked over me during the night, destroyed some furniture, and probably scratched me during my sleep. But that’s all good, everything is forgiven.  My friend went shopping and came back with an awesome breakfast (thank you bella <3). It was a brunch with pastries, organic bread, homemade zatar and fresh orange juice. I’m not so sure why but I constantly forget to take pictures of my meals even though it’s been forever since I want to share more food content with you.

We started the day late and walked all the way to the Institut du Monde Arabe also located right next to the Seine. It was definitely too sunny to go to an exhibition but the roof offered an amazing view over Paris. Then guess what? Back to another park with more new friends and more food! 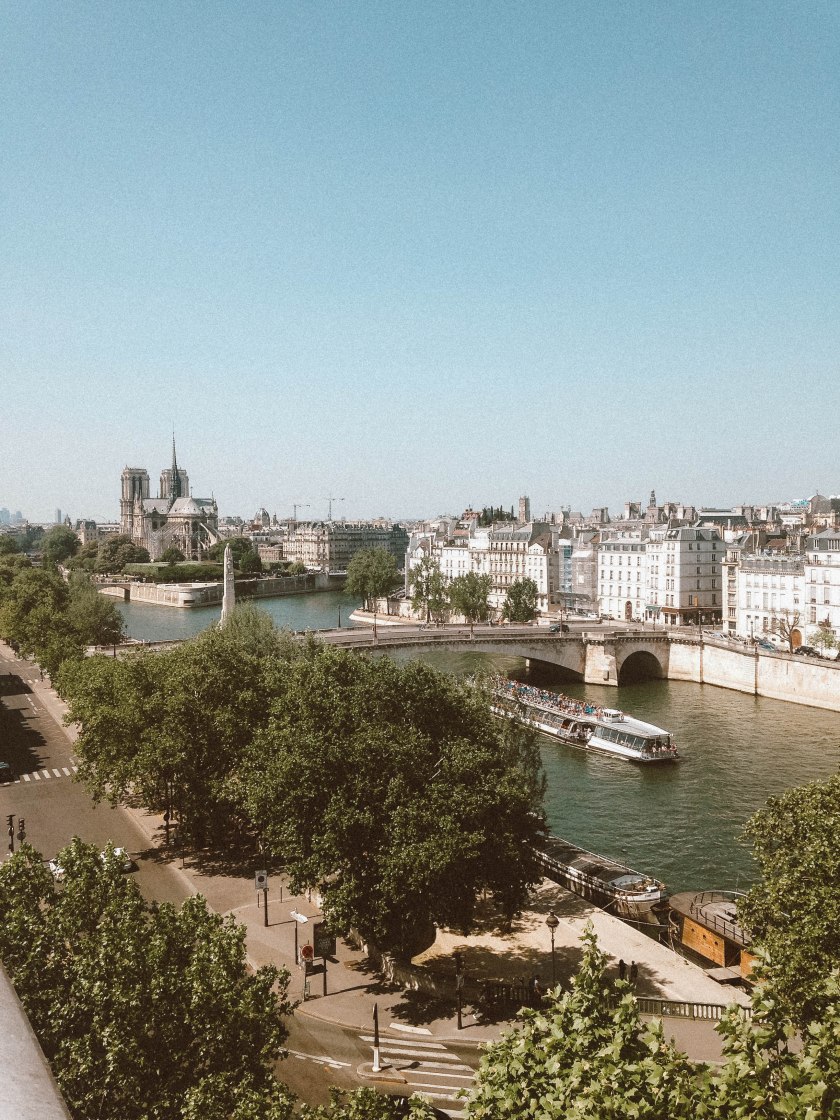 When abroad or visiting a new place, most people organized themselves and planned what they are going to visit. I’m so not like this. Like not at all. IMPOSSIBLE. I’ve never bought a Routard or a Lonely Planet guide. Sometimes I read blog posts but only sometimes! I don’t know anything about ‘instagramable places’ neither. Hence I miss out but most of the time I’m just so relaxed and I enjoy what I’m doing without feeling that I have to rush.

After the park, my friend took me to the Grande mosquée de Paris. They actually have a huge dinning section ‘inside out’ where you can drink tea and enjoy baklavas.  Nice place, nice food, I was happy. We ended up the day with pizzas next to Seine watching the sunset (that was my non-negotiable request lol). 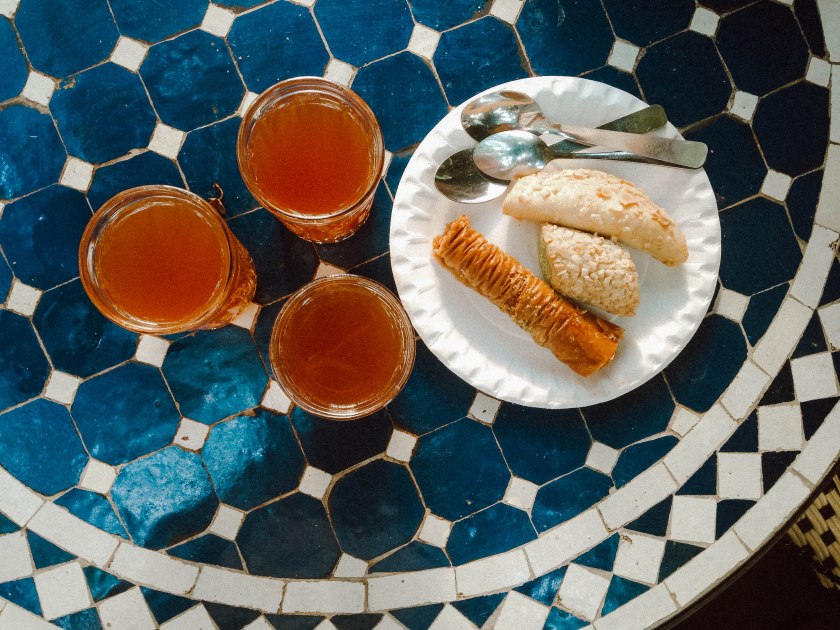 My last day was a Monday and my friend went to work. I met with another friend that had more free time (hehehe) and it was pretty much the same than the weekend:  eating food in the so-called rue Mouffetard and walking around the city.

Thank you Paris, I will come back! 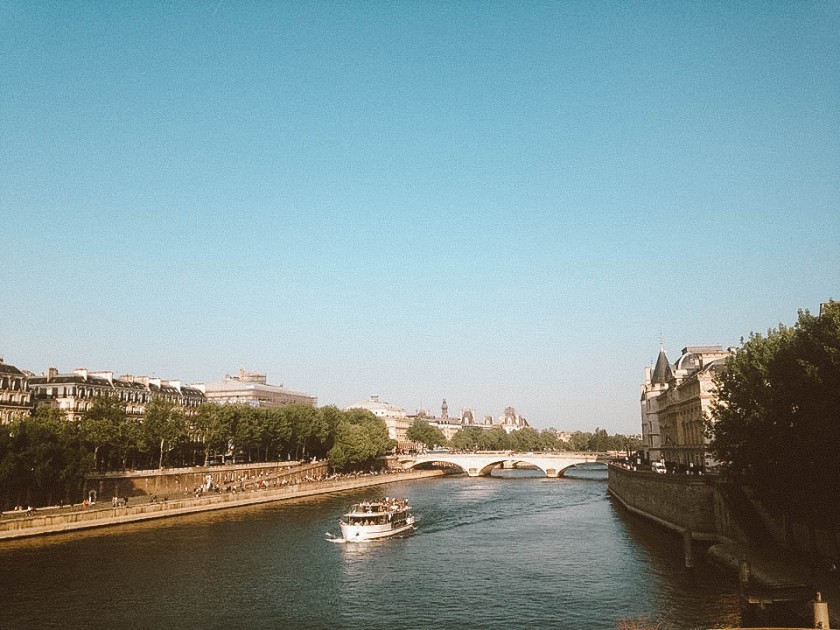 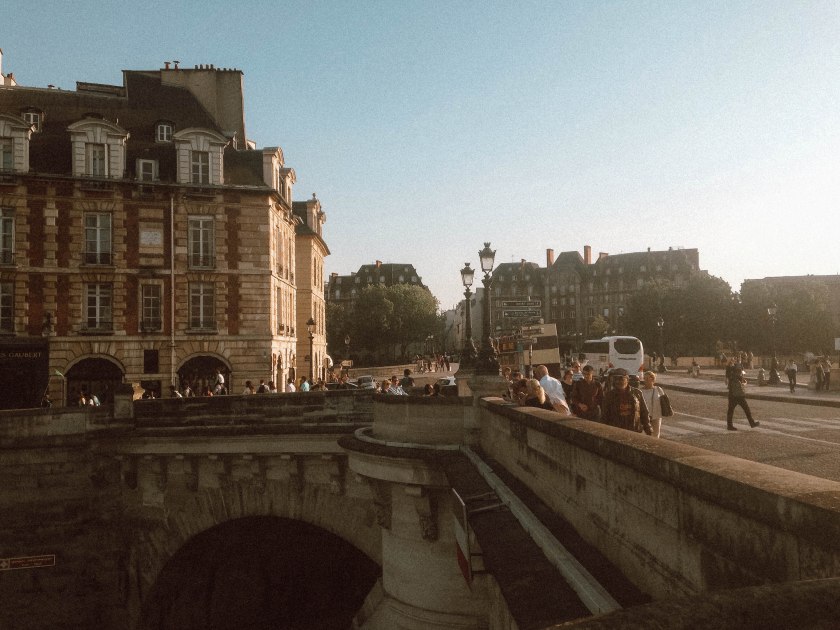